The Volunteers started the day against a much improved team from Kennesaw State. The Vols got on the board first and controlled possession most of the game.  They produced multiple scoring opportunities but simply couldn’t convert into points and Kennesaw State ran across two tries to take the opening victory.
Tennessee 5, Kennesaw State 12

Next opponent in pool play was South Carolina. The Gamecocks did an excellent job of controlling possession and the Vols never got on track due to a heavy penalty count.
Tennessee 0, South Carolina 27

In the 3rd pool match of the day the Volunteers faced Middle Tennessee State.  After a back and forth first half, the Vols pulled away in the 2nd half by keeping MTSU scoreless and running across 3 tries by prop Patrick Beacom.
Tennessee, 33, MTSU 14

Behind strong performances from Ben Schwartz, Jacob Eicher, and Garret Montgomery the Vols continued the momentum with another strong victory over Auburn.
Tennessee 36, Auburn 19

Kentucky captured the championship with a 28-14 victory over Kennesaw State and Alabama took third with a 14-12 win over South Carolina.

That concludes the spring 7s season which amounted to two weeks of training and 1 tournament.  The Vols have already made plans to expand the sevens preparations in 2020 with an eye towards improved performance. 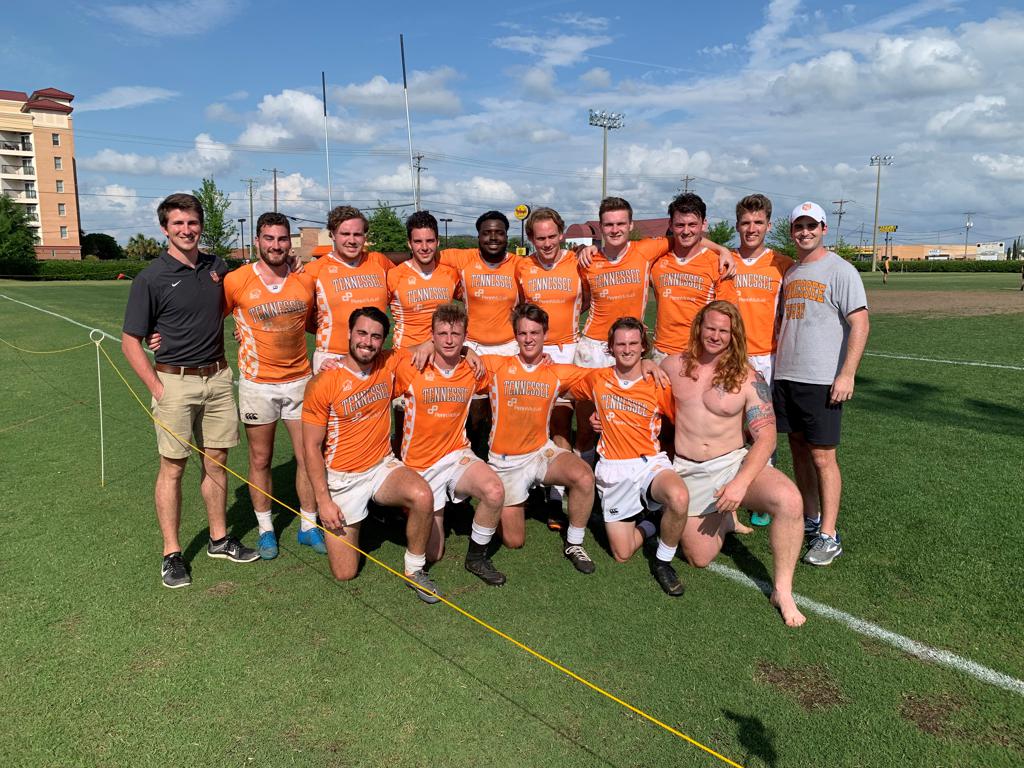