Tyler Huskey’s name is synonymous with the word ‘respect.’ He is a 3-time Iron Man Award winner, a Sexton Scholarship winner, a 2 time Ultimate Man winner, 4 time South Select Side Player, Possible/Probable All-American, 2 year Captain at UT, and Captained the Knoxville Men’s Club to their only Mid-West Championship in 1998.

During his years as our captain, we had the utmost respect for Tyler for the way he played the game and the teammate that he was to each of us. We had some very good teams that won a couple of championships. There were some very talented players, but our best player was a tight-head prop.

Perhaps the best complement I can pay to Tyler is that when he was on the pitch, I knew we were going to win the game. It takes a special leader to instill that kind of confidence in the other players, and because of his ability to lead by example, we couldn’t help but be successful.

To say that Tyler was a ‘fierce’ competitor is an injustice to the word. Perhaps that fire was fueled by a temper unmatched in common hours. The things he did on the pitch and to his opponents are legendary and will be remembered for a long, long time. I personally never saw him get bested by another prop, and I played with him on 4 different teams. He taught us all about toughness, as I never saw him take a minute. We were also politely encouraged to never show weakness. He expected us all to play with his same intensity, and if you didn’t, you heard about it or you felt it by some boot marks on your back.

As his beloved former Yankee greats would say, the true measure of your legacy is in the type of teammate you were. Tyler was one of the best teammates I’ve ever had on any team. Now he gets be that type of teammate to his beautiful wife, Rachel, and their three boys.

Tyler, thank you for all that you’ve done to support the club in the years since you’ve graduated, and thank you for being a great captain. Congratulations on being inducted to the class of 2019 Captain’s Circle! 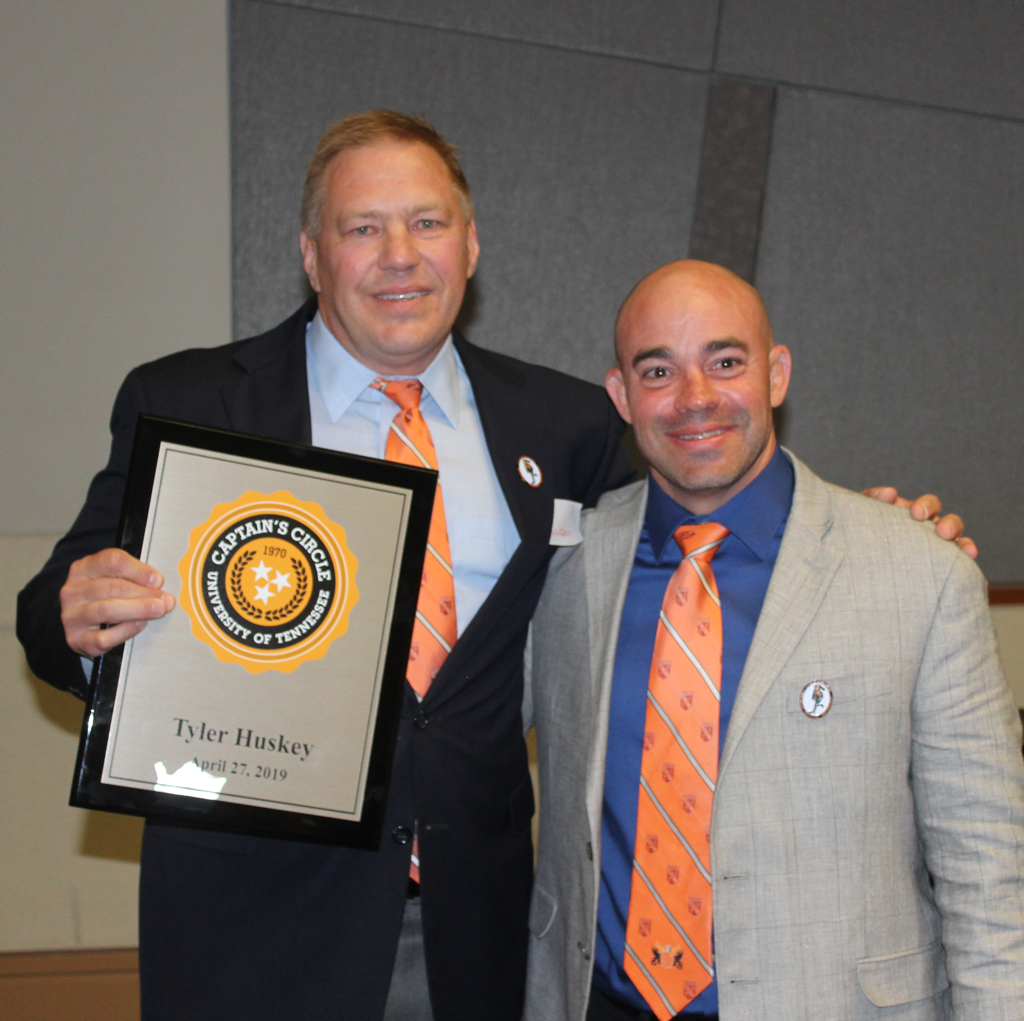