A new player appeared on the sidelines of an early fall practice in 1982.  His first encounter was with a grizzled veteran who asked how he knew to come down to the bottoms.  His reply was simple “Mr. Robertson recruited me”.  Robert Peagler then replied, “well, the first thing we need to fix is that Mr. Robertson business.”  “He is just Butch” (or some other things depending upon where we were in the practice session).. At that point, this young man knew he had entered a different world.

It was true.  I had been aware of his talents for some time having been apprised of his career as a successful football player on one of the better Webb High school teams.  I had been hoping that he would consider playing because I knew he would become a contributor in many ways.  And I was right.

While he would never claim to be the best player, his steady performance in the engine room of the pack earned him a consistent role as a starter for a significant number of years.  Solid, reliable, consistent, hard-working, committed, - take your pick our use all of them to describe this players dedication to the team.  He was the kind of player who is the foundation for the success of any program.

His teammates recognized his strengths as well by electing him first to be Match Secretary and then Captain his senior year.  He earned not one but three Richard Sexton Scholarships.

But at the same time that he was fully committed to UT Rugby, he completed the prerequisites for; applied to; was accepted into; entered and completed the Doctor of Veterinary Medicine program at the UT School of Veterinary Medicine.  Let’s think about that.  In five years, he went from being a high school graduate to being a Veterinarian while participating fully in UT Rugby.

Fortunately for UT Rugby, his commitment to the program didn’t end with his graduation.  The list of his activities to support the club in so many different ways, both public and behind the scenes is extensive and significant.

He has donated to the Richard Sexton Scholarship fund twenty-three times.

He has supported the Old Boys Weekend activities by first contributing food for the breakfast held at Art Reynolds home from 1995 to 2010 when that event ended.  He has helped with the Old Boys Golf Tournament; serves of the Old Boys Weekend organizing committee, and has provided the post-game meal on Saturday for the past several years.

He has hosted the team for a back to school event at his home or property since 2010 as the schedule has permitted.

He has made contributions to the Volunteer Rugby Foundation over the years including significant underwriting for our trips to the Collegiate Rugby Challenge Tournament.

He has hosted both current players and Old Boys at Tennessee Smokies Baseball games.

He is an underwriter for the Rugby Park and provided advertising at the park.  By the way, that big white tent that you see at the park for things like Old Boys and Parent’s Day – that’s his.

Let’s not forget that his commitment extends to the larger public community as well.  He has worked with Halt – Humans and Animals Working together – a program that pairs non-violent juvenile offender with dogs for training.  After the two-week sessions, the animals are then adopted by people looking for a trained pet.  He has volunteered for, been on the advisor board, and the board of director for the Humane Society of the Tennessee Valley.  He provides spay and neuter services for the Anderson County Humane Society.  He is President of the Anderson County Veterinary Society.  And he has provided volunteer spay and neuter services at several Remote Area Medical Rescue missions.

It is a distinct honor to welcome Dr. John Shaw to the Captains Circle. 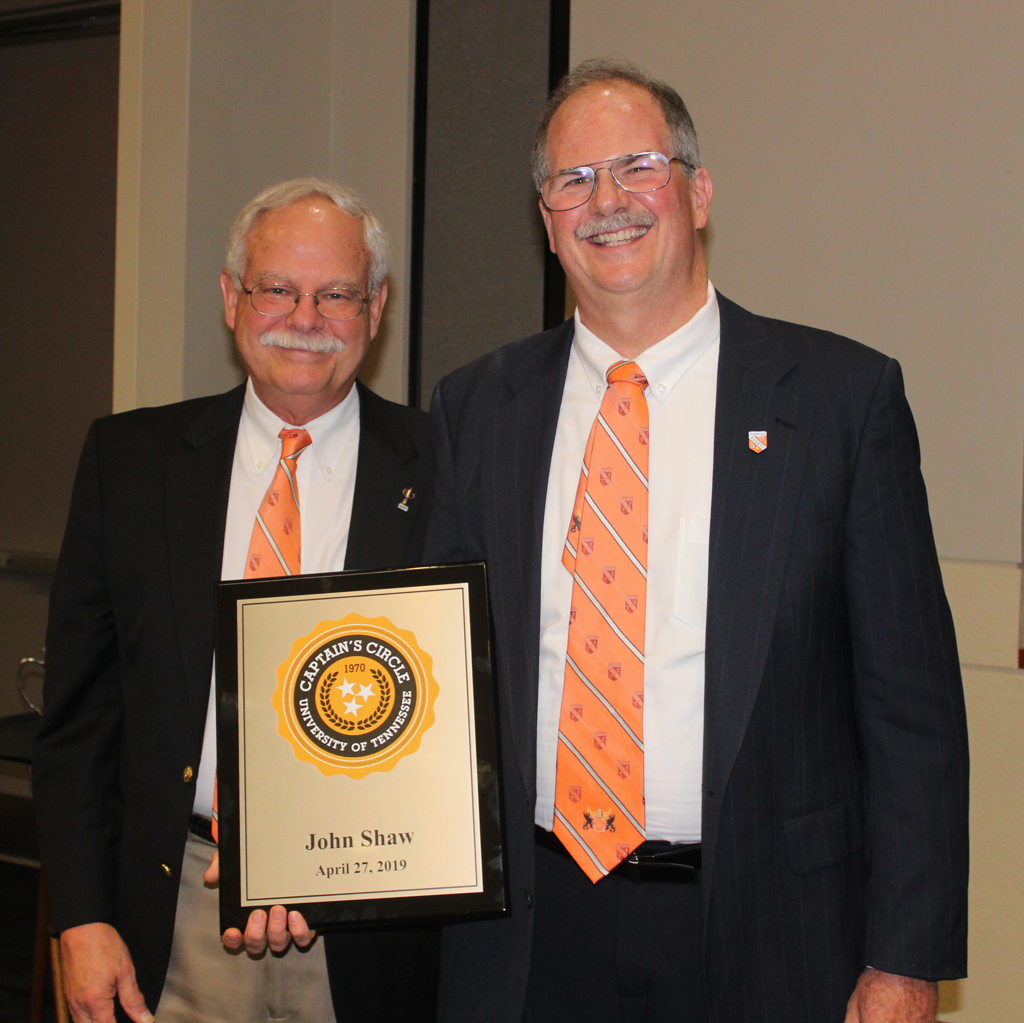