In the spring of 2003, I had the opportunity to watch a high school all-star team from Middle Tennessee play on Fulton Bottoms against a team out of North Carolina.  I was particularly interested because I understood we had at least one senior on that team and several juniors who were headed our way.  The Middle Tennessee team crushed their opponents and in the process one player who was going to enroll in UT in the fall scored several times and exhibited a youthful exuberance for celebration.  I had the opportunity to chat with him after the match and somehow in that conversation managed to create the impression that I was going to bust his chops when he got here which was not my intention at all.  He actually considered not playing but the wise words of Marty Bradley prevailed upon the young man to give the Old Guy a second chance.

Over the next five years of his playing career, I had the opportunity to enjoy a number of displays of his passion and intensity on the field as he carved out quite a career for himself.  I have also come to believe that he found out during that time that I wasn’t as much of an idiot as he initially thought.

And quite a career it was.

His passion and intensity led his teammates to elect him to the position of match secretary and two consecutive terms as club president.  Two seemed to be his lucky number as he was a two-time Ultimate Man and a two-time Iron Man

The awards didn’t stop there.  He was named as a member of the All South Select Side and a USA Rugby All American in 2005 and 2008

He moved back to his home town of Nashville after graduation where he established a real estate development company and Co-Founded the law firm of Trust Tree Legal P.C. .  He is currently President of that organization

He continued to be involved in the sport by becoming a SMAC referee and helping coach Vanderbilt from 2013 to 2015.

He has been a regular contributer to the Volunteer Rugby Foundation and has served as a Board member since 2014.

He also committed to the City in which he lives.  He was a Co-Founder and former vice president of the Nashville Symphony Crescendo Club – a symphony support group for young professionals.  He is a board member of the Tennessee Performing Arts Center as well as a Member of that organization’s Executive Committee.  He was also a board member for Dismas House, an organization that is dedicated to reconciling offenders with victims in a way that leads for better outcome for both individuals.

I would be remiss if I didn’t say that he added the role of Father to his resume.  He and his wife Sarah had their first child, Mason, on March 23 of this year.

Therefore, it is with great pleasure that I introduce an outstanding New Member of University of Tennessee Rugby Club’s Captain’s Circle – Kevin Hartley. 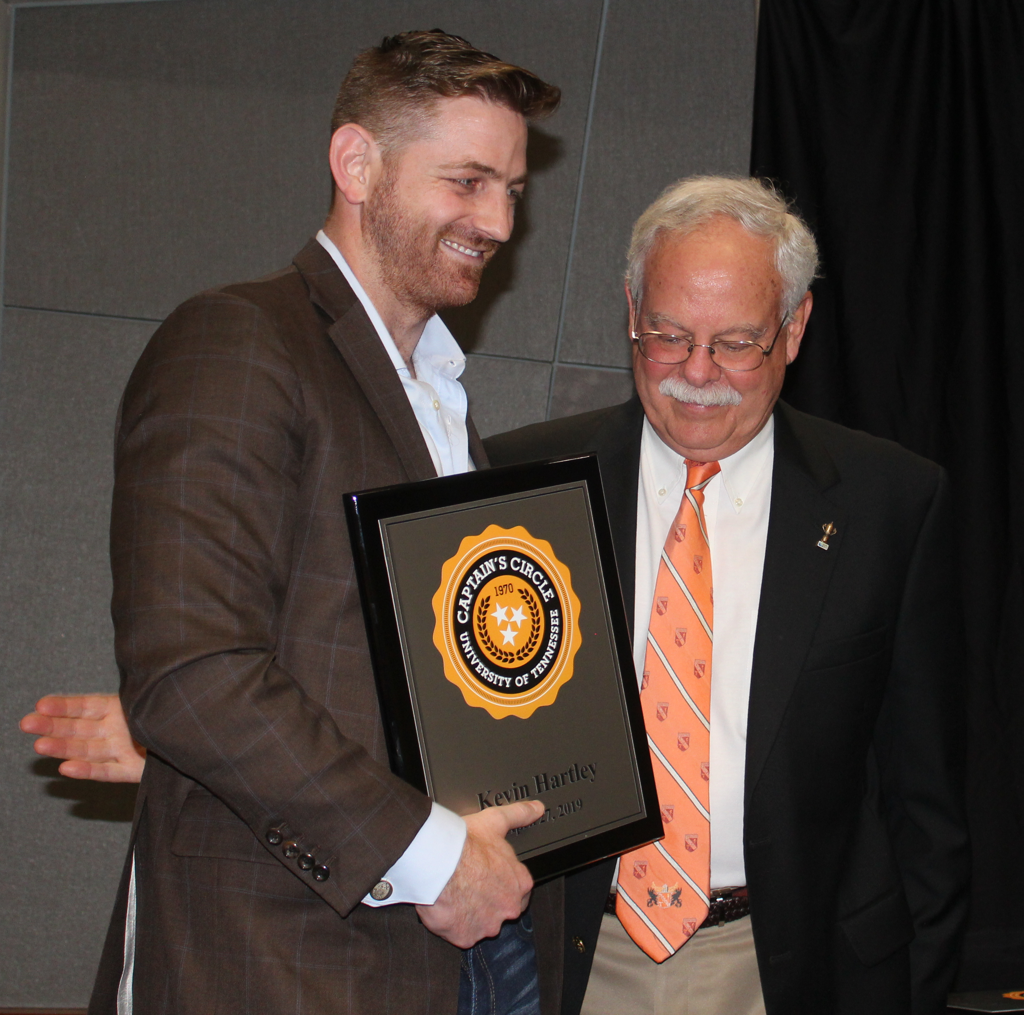 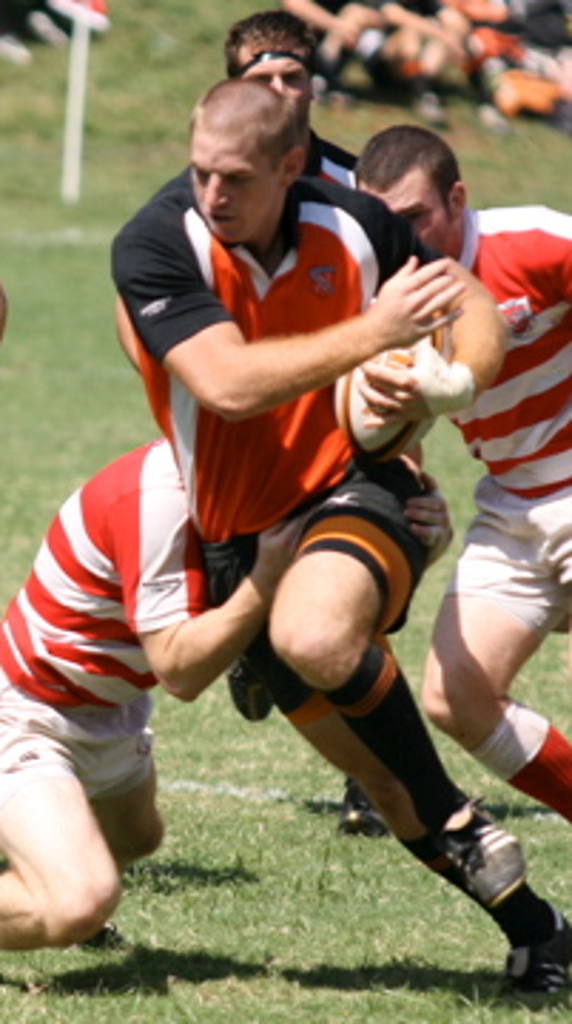